My first, and perhaps only, World Cup was in West Germany in 1974. I went as fan, and travelled a long way to get there.

I was 20 at the time, and had started my first job in journalism at the local paper on the Isle of Skye. The wages were just £4 a week, with free food and accommodation thrown in. So, it would be accurate to state that my trip to the land of Franz Beckenbauer was necessarily low budget.

I’d bought the tickets – postal applications only, no online nonsense – the previous winter. But I wanted the trip to be an experience, not merely a trip to the World Cup.

I decided to hitch from Skye to Germany – via England, France, Spain, Morrocco, Algeria, Tunisia, Italy, (the old) Yugoslavia, Greece, Yugoslavia (again) and Austria. I budgeted to do this on £5 a week.

It took me some three months to reach Germany, but I did it within the parameters I’d set. Mostly I roughed it at night in my sleeping bag, and after I’d arrived in the warmth of France this wasn’t any hardship. It had its moments though: once I had to make a quick exit from a house which was under construction when I was awoken by the workmen arriving. Trying to look nonchalant, I stepped into a bucket of whitewash before making an undignified escape.

Hitch-hiking was much more common then than it is now, but even so I sometimes had to wait hours for a lift. I was propositioned three times by drivers – all male. I wasn’t enthralled.

I got by with schoolboy French and when I got stuck I found football a useful international language. This was just seven years after Celtic had won the European Cup, and two years since Rangers had done the same in the Cup Winners Cup. Unlike now, everybody had heard of the teams and respected them.

Once, while waiting for a car to arrive in Algeria, a small boy befriended me. He knew all about the Glasgow sides, and he took me to the compound, inside a stone wall, where his family lived. Despite their obvious poverty, they shared their meal with me – just one of many, many acts of generosity I encountered.

Arriving in Athens, a Greek lad said he was going on the boat to his favourite village in Crete and invited me to accompany him. When we reached Matala, which was a favourite haunt for hippies because of its caves, a telegram awaited him. His mother had died. He went home, I stayed.

When I finally got to Germany it was, literally, all kicking off. It was quite tasty off the pitch as well.

As so often on that trip, I’d been taken under the wing of a German student. Wolfgang, who liked to sip vodka when he was driving, had given me a lift to his home town of Frankfurt. Riot police with water cannon were everywhere as the students took to the streets amidst pitched battles.

Two of Scotland’s matches were in Frankfurt and both ended in draws. The first was 0-0 against Brazil, when Billy Bremner missed a sitter. The second was 1-1 against Yugoslavia.

For me, though, the chance to progress beyond the group had been lost in the first match, which was held in Dortmund with Zaire the opposition. We needed to win handsomely, and it looked promising when Peter Lorimer and Joe Jordan made it 2-0 after 33 minutes.

Then – typical Scotland – the foot came off the pedal. No more goals were scored. My fellow supporters disappeared into Dortmund, celebrating and singing lustily. I sat outside the stadium with my head in my hands. As I guessed correctly, our chance had come and gone. 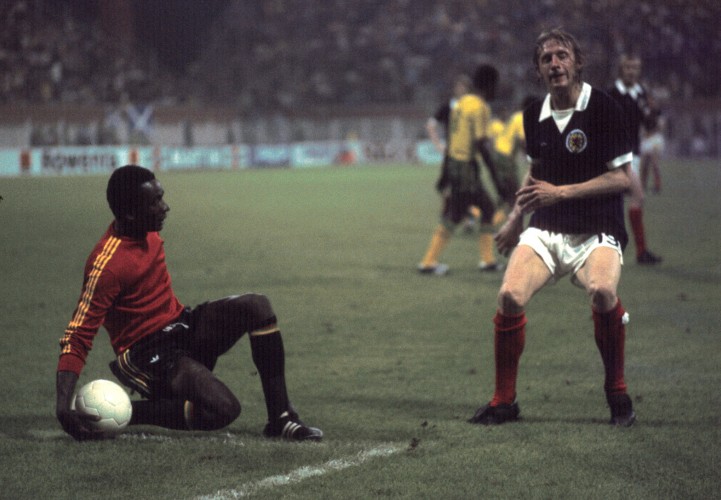