This particular match, as I’m sure it does for many other fans across the globe, evokes memories from a summer’s evening back in 1968 where all of the lost dreams of those immortal Busby Babes finally came to fruition.

I was eight-years-old and, as I recall, it was a very warm summer’s day in late May. I was a passionate young boy whose love for football had been ignited by the England World Cup win in 1966.

Manchester United was my favorite team and I had woken that day with all the excitement in the world. I had school that day but I was focused on one thing and one thing only. The Final.

It was on live TV, one of the few occasions back then that warranted a live broadcast. It was in black and white, of course, but I didn’t care.

I was raised in a small two-bedroom flat above my father’s shop in a busy small town in Northwest England. I played and practiced my football in what, as kids, we called “the back street”. Basically a side road used as a service feed for delivery vehicles and the like.

The pitch was the concrete road; the goals were the garage doors of the respective businesses. Policeman and business owners used to chase us off all the time but we came back anyway.

Our matches were aggressive and tremendous fun. If no-one was out playing, you played your own game using kerbs, cars and decrepit walls as the “opposition”.

My plan for the day was to play my own “Final” before the real thing got started. I rushed home from school and gulped my food down double quick. It was time for my “kick off”.

As I recall, I played out there in the unusual heat for 2-3 hours, simulating the outcome of the match. And yes, every time, United won.

Soon, it was game time and I could hear my Mum calling me from the kitchen window. In those days, English families were glued to the TV whenever England or those 1966 warriors played anywhere. They were our heroes and this was no different.

We all know how the game unfolded and tonight I will sit in front of my TV and relive those long gone memories.

I now live thousands of miles away from that “back street” where I learned the game but I can recall that famous Wednesday evening as if it were yesterday. 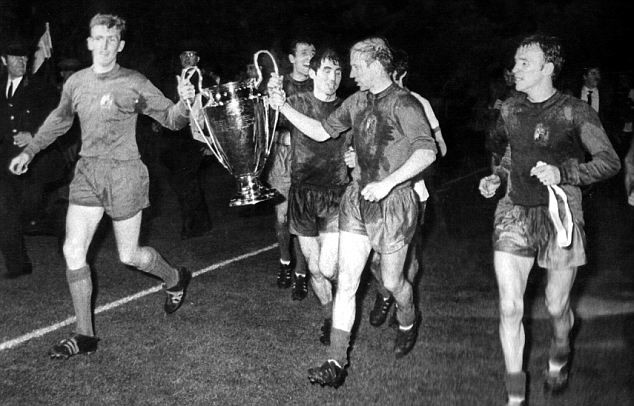