I remember with Celtic, we played St Mirren, the last game of the 1986 season, and Hearts were going up to Dundee, they just needed a point to win the league.

We all just thought that Hearts were going to win because Dundee were not doing too well at the time. So we go to Love Street, score three goals in the first half, I made one of the goals – one of the goals of the season, the century! I got the ball on the 18-yard box, knocked the ball away with my head, turned, played it to Paul McStay, got the ball back, put it to Brian McClair, he played the ball to Mo Johnston to score and make it 2-0.

We start the second half and score a fourth and a fifth, and then this big roar comes from the crowd – Dundee are 1-0 up. The crowd were buzzing, the dugout are shouting at us to keep going. Then we hear Albert Kidd has scored a second to make it 2-0 to Dundee. Next thing it’s time up and the place just goes berserk, the crowd, who went there basically just to say thanks for a good season, were never expecting us to win, we the players were never expecting to win, but we ended up as champions.

That was a great day, the weather was nice, we played some amazing football because we were under no pressure, whereas Hearts were under the pressure to get a point to win the championship, and it was a lot of pressure for players who had never been in that position before. Still, none of us expected them to lose, and so it ended up one of my favourite memories, because it was just a great game. 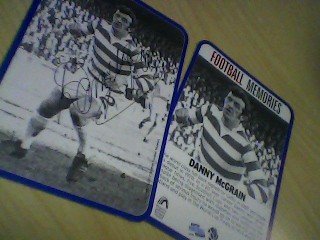