My greatest memory in football was being captain of Scotland and captain of Rangers at the one time, I don’t think it could get any better than that.

I used to take the penalty kicks and I remember one international against England, taking one and scoring and I was over the moon, jumping all over the place – a full-back scoring goals was something different in those days.

I thoroughly enjoyed playing all over Europe, America, Canada, coming up against all the different players, and of course in those days, it was all wingers. I remember playing against Gento at Real Madrid, he was the fastest winger I ever played against. I played against him three or four times and he only got past me once – and that was when he was in his car on his way home after the game!

There was not a winger in the world who could get past me like that. All I had was speed, I couldn’t tackle a fish supper, but I could run and that was enough. I played over 600 games in Scotland, and never got a yellow card. Mind you, Davie Wilson always used to say “No wonder – the referees couldnae catch you, Eric!” 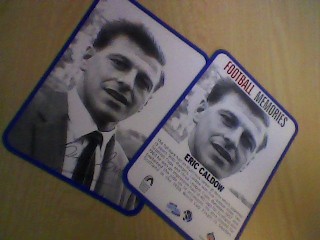