I take a lot of influence from the 1987-88 Celtic double-winning team, more than any musician. I can still name it: Bonner, Morris, Rogan, Aitken, McCarthy, Grant, Miller, McStay, McAvennie, Walker, Stark. That’s my team!

I’d love to have been a sub or even just trained with them. I’d still love to meet them. The players around that time were as artistic as any painter.

I’ve been happy a lot of my life, but I don’t know if I’ve ever been happier than when Frank McAvennie scored the winner against Dundee United in the Scottish Cup final with seconds to go. It’s still one of the happiest days of my life. I remember going to Butlins on holiday the next day with my cousin. We were both in Celtic tops.

I loved their never-say-die attitude – there’s a lot going on behind that. It says a lot about the character and heart of the team. Not only that but they played with absolute vision and flair.

It was the same with the semi-final against Hearts when Andy Walker scored in the dying minutes. I see Andy Walker in the same way I see Elvis. He’s still my favourite player of all time. He would just float on to the pitch and start to glide.

I used to wear out videotapes just watching this guy’s skill. He had great charisma. It was the small details, like tucking his football top into his shorts. I was in awe of him.

This is an extract from ‘We are Celtic Supporters’ by Richard Purden. Check it out on Amazon. 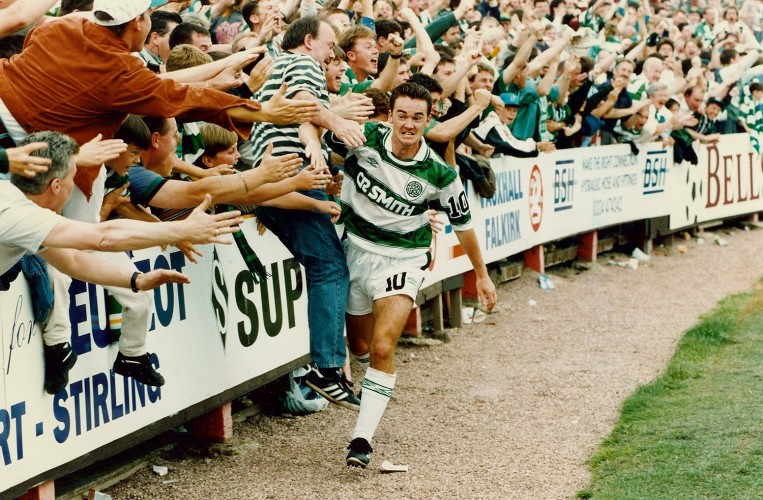