My first Celtic game was a pre-season friendly against Manchester United in 1966. I was with my dad and my uncles; it was just after England won the World Cup and nobody knew at that point that Celtic were going to be the first British team to win the European Cup.

It was my first time at Celtic Park and you never forget it – the first time you see that crowd with everyone rammed in shoulder to shoulder and jam packed into the Jungle. We were playing against the great Manchester United team: Nobby Stiles, Bobby Charlton, George Best, Denis Law, Paddy Crerand, and we thrashed them 4-1.

[In later years] I took Bono to an Old Firm game at Ibrox. We didn’t go through the club. We got the tickets ourselves; it was a punters day. I told Bono we needed to hide him a bit and get the tammy and the scarf on.

I don’t think he was ready for that kind of intensity. It was before the seats came in so it was more of the old pack mentality and pretty mental. I remember we were about to leave and Charlie Nicholas popped in an amazing goal which Bono thoroughly enjoyed. He said to me it was like ancient Rome and he wasn’t far wrong.

This is an extract from ‘We are Celtic Supporters’ by Richard Purden.Check it out on Amazon. 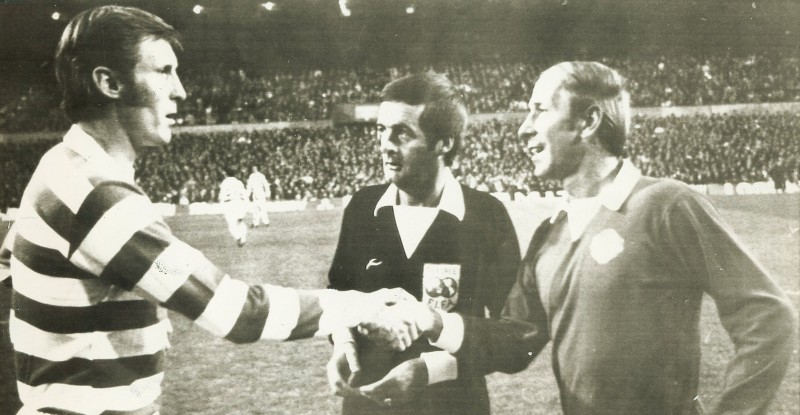