Asked by Alzheimer Scotland to contribute to their Football Memories project, I could have written about some brilliant memories of supporting Celtic – from travelling around with my mates as a teenager to drinking until dawn playing Football Manager with Neil Lennon – but decided to go neutral by writing about FC Barcelona.

It’s always a deciding point for me when I meet new people: “So what team do you support?”

I was booked to perform on a Saturday there; I arrived about 3pm and was informed that the show wasn’t until 11pm. In the UK an 11pm comedy start attracts clientele too drunk for a nightclub but too sober for jail. In Barcelona, 11pm is “right, better think about getting ready, who’s first in the shower?” time; my kind of people.

I’ve had an interest in Barcelona and Catalonia for a while, so eight hours to visit all the landmarks was fine by me. I made it as far as Burger King, I’ve got Google Earth.

I never like going into a venue before the audience, as the sight of empty seats terrifies me so, having arrived at the theatre too early, I decided to go and find somewhere quiet to go over ideas.

I found a crowded bar nearby and sat in the corner trying not to order anything (I never drink alcohol before a show). There was a massive roar of laughter from a crowd surrounding a baldy Scottish guy with a distinctively expressive voice and animated delivery.

It was that Scottish guy from Sky Sports! Graham Hunter! I texted my brother. I was a bit starstruck and nervous / excited, because I figured he’d probably be attending my show. If it went well I might end up on a night out with him, drinking Estrella Damm and discussing Barcelona until breakfast time. He was at the show. It went well. We drank Estrella Damm and shouted incoherently at each other about Barcelona until breakfast time.

Eight months later I was in Barcelona again, for pleasure rather than business. I was with my brother and my friend and fellow comedian, Greg McHugh. It was November 2010 and with Graham’s help we were to fulfil most genuine football lovers’ ambition: attend El Clasico.

I met John and Greg in the Luton Airport Premier Inn (I was making a few quid), ahead of the 7am flight the next morning. They were well on; it was midnight and I was keen to join them because I know that to tolerate drunken arseholes you have to become a drunken arsehole, as the ancient proverb goes.

Around 2am it was decision time. Go to bed and get a respectable four hours’ sleep or stay up until boarding. It was unanimous and the flight was a low point in all our lives, but we made it, to Barcelona International this time. Not RyanAir but EasyJet, this was the high-rollers’ table.

Graham was with his brother and an Aberdonian mate and our companies merged. A drunken sing-song in the streets prompted him to make the carnage more formal and escort us to a karaoke bar. Karaoke is a pretty civilised and respected way to spend an evening in Barcelona it seemed; we were not civilised and respected, it also seemed.

The evening only drew to a close when Graham announced he had to present a preview for the big game at 9am on Spanish TV. If anyone has a recording of the display he produced then I’d appreciate a copy.

Graham had hooked us up with “Charlie Tickets”, named for obvious reasons (if these reasons are not obvious, maybe stop reading and treat yourself to a good colouring-in book), and Charlie had got us two together, one separate. I took the solo one, and the plaudits, but really it was only because it was for the lower tier and I didn’t fancy climbing thousands of feet to watch Subbuteo.

The game itself … Barcelona 5-0 Real Madrid. Watching a team being so outclassed and humiliated, only to realise periodically that it was Real Madrid who were the victims is something not a lot of people will witness in the flesh; it was no doubt one of the finest performances from any football team, ever.

In the first half I was behind Iker Casillas’ goal and it promised to be a rout. Having sussed that the stewards at the Camp Nou were pretty laid-back, and because the guy beside me was killing my buzz (I know football is different in Catalonia, but surely unwrapping sandwiches from tin foil and continuing a Sudoku at half time is just disrespectful), I decided to spend the break walking the length of the stadium to sit behind Casillas again.

I figured it was a safe bet I wouldn’t miss anything at the other end – no disrespect to Victor Valdes but I reckon I could do his job. Paid millions per year to stand and watch Barcelona play! My trek turned to be worthwhile, as another four goals flew past Casillas.

I plan to travel the world some day and take in every country’s equivalent of El Clasico, but I think it would be unfair to compare any to this. A unique and wonderful life experience. 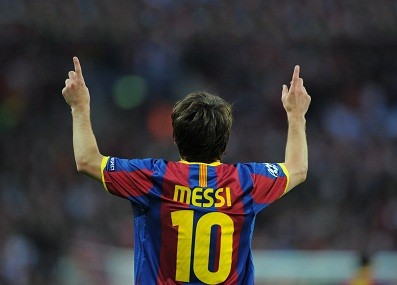