It was a shameful act that led to a chorus of worldwide condemnation – and I could hear the anger loud and clear as Turkey’s irate fans rained a thousand curses down on the reprehensible Rivaldo.

The languid Brazilian had just engineered a red card for the unfortunate Hakan Unsal by indulging in one of the most blatant displays of play-acting the World Cup has ever seen.

Even from my vantage point at the other end of Ulsan’s cavernous Munsu Stadium, it was clear to see the ball striking Rivaldo’s legs when, the frustrated Unsal booted it at him in stoppage time.

However, the Barcelona playmaker went down clutching his face and it was enough to con the naïve Korean referee into flashing his second red card of the game.

The first sending-off had occurred just four minutes earlier when Alpay was sent packing for committing the most professional of fouls, just before Brazilian substitute Luisao could break into the box.

However, much to the consternation of the thousands of Turks seated around me, the blundering Kim Young-Joo compounded their misery by errantly ruling the offence had taken place inside the area.

It was Rivaldo who stepped up to convert the penalty and make it 2-1 to Brazil, so his popularity with the Turks was already plunging to levels usually reserved for Greek players.

His metamorphosis into public enemy No.1 was complete following theatrics that would have shamed even the most irritating of thespians.

The incident also marked the culmination of my transformation from a backer of the Brazilians into a supporter of Senol Gunes’ passionate battlers.

I vowed never to forgive Rivaldo as I trooped out of the stadium with the devastated Turks, who would soon be in a far happier mood as their unfancied team marched all the way to the semi-finals.

Nevertheless, a certain goal against England in the quarter-finals soon got the Brazilian back in my good books, and a few weeks later he would hold the World Cup aloft in Yokohama. 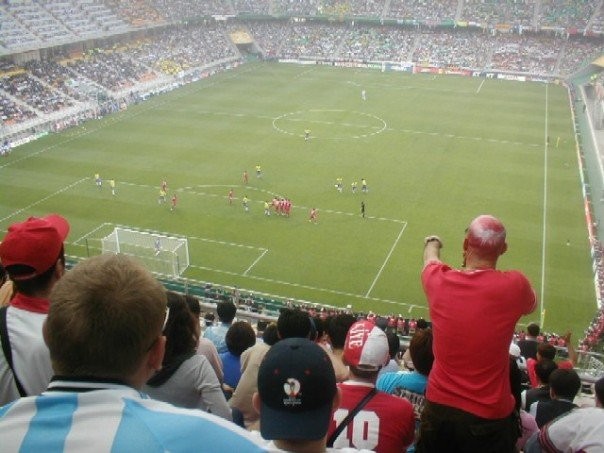