Colour television was wasted on Hampden Park back in the 1970s. Everything was monochrome and I do not exclude the pitch from the description. I seem to recall that it was grey as well. The vividness was in the minds of the spectators watching the Scotland players who began to emerge as I was entering my teens.

I would stand in the north enclosure, where the terracing was made of compacted gravel. Boys would grind empty lager cans into it and perch on top of them, accepting the likelihood that they would be knocked off their feet by the next crowd surge. It is a mystery that there were few injuries, but perhaps a trip to the pub beforehand had left adults in rubbery, shock-absorbing condition.

Once in that enclosure there was no question of surrendering your spot and so, with the toilets out of reach, those emptied cans took on an additional use. In its period, this was normality rather than squalor. The attention, in any case, was pinned to the pitch. Those great stars of the 1960s did no more than win the odd game against England (for which I am grateful), but in 1973 Willie Ormond’s side set Scotland on its run of five consecutive appearances at the World Cup finals.

The first qualification was the sweetest. It was tough for me and my friend Robert Sweeney to make out the victory over Czechoslovakia in detail from the midst of the swaying hordes but I did know that it was the centre-half Jim Holton who brought Scotland level at 1-1. The winner was a joyous mystery. I thought someone told me that it was Jardine (Sandy) who had scored. In fact it was a then obscure substitute: Jordan (Joe).

We did go on to see more of him. Ormond himself was no kind of celebrity and, for a public figure, was not at ease with microphones or cameras. Results did show him to be adept in the guidance of footballers, however, and one of the feats that led to the Scotland post had been qualification for European competition with St Johnstone.

He knew what he was doing. In that Czechoslovakia match, the elegant George Connelly was given his debut despite the fact that this troubled soul had walked out on the squad just before a match with Switzerland earlier that year. Ormond could be bold and Jordan was only to take the field because the manager had decided that Kenny Dalglish must be substituted.

I recall the emotion more than the detail. Scotland had not been to a World Cup since 1958, the year of my birth. There is no escaping the truth that the occasion at Hampden was all a terribly long time ago. Czechoslovakia, disassembling itself, ceased to exist in 1992. The Hampden match with that nation, however, will go on playing in my mind for as long as I live. 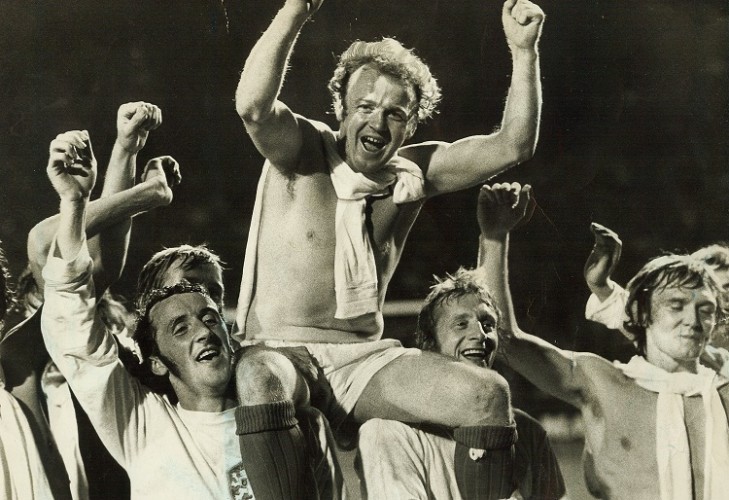 Billy Bremner is carried shoulder high after victory against the Czechs
Posted in: Journalists, Scotland
Associated Tags: Hampden, The Guardian