These days, Scottish sportswriters returning from duty with our clubs on foreign soil are more likely to favour sackcloth and ashes than pose for a picture clutching a European trophy.

True, it didn’t happen every day in my time as The Scotsman’s football writer either, which makes my memories of Aberdeen’s famous victory over Real Madrid in the final of the European Cup Winners’ Cup all the more special.

The attached picture of this writer with the cup was taken on Thursday May 12, 1983 on Aberdeen’s official charter flight back home to Scotland, the day after Sir Alex Ferguson’s men had defeated the Spanish giants 2-1 in Gothenburg thanks to goals from Eric Black and John Hewitt.

It’s often forgotten now that Aberdeen were considered minnows before that competition began and had to play in a preliminary round against the Swiss side Sion. While such a challenge might prove confounding today, it was no problem in the 1980s as the Pittodrie side won 11-1 on aggregate.

Victories over Dinamo Tirana and Lech Poznan followed, before one of the great nights in Aberdeen’s history unfolded when they eliminated Bayern Munich from the competition thanks to a 3-2 win at Pittodrie. Sir Alex, destined for enduring glory with Manchester United, would later recall: “That was one of the nights where I said: ‘This is what I want, this is what I’m going to have all my life.”

Waterschei of Belgium were dismissed 5-2 in the semi-final and it was on to Gothenburg to face the mighty Real in the final. Sir Alex had invited Jock Stein to join the official party and one of the Big Man’s shrewdest pieces of advice that week had nothing to do with what happened on the pitch.

He told Fergie to present Alfredo di Stefano, the legendary figure in charge of Real, with a bottle of whisky before the match and convey the impression Aberdeen were there only to admire their more famous opponents and gratefully make up the numbers.

Turn back the memory to a sodden night in the Ullevi Stadium and di Stefano was in for a rude awakening. Eric Black put Aberdeen in front before Juanito equalised from the penalty spot. Then a picture flashes to mind of Peter Weir triggering that decisive move deep into extra time. Mark McGhee hit the telling cross and John Hewitt, a substitute, scored with the winning head flick.

That was when this life-long Hearts supporter leapt to his feet to celebrate while ad-libbing a description of the goal down the phone to a Scotsman copytaker in Edinburgh. One of the unwritten rules of the press box is you don’t show emotion, you capture it.

The journalist’s job is always to report and interpret, not to applaud. I’ve been pretty faithful to this maxim over the years and only Archie Gemmill’s extraordinary goal for Scotland against Holland at the World Cup in 1978 ever tested my self-control as much as Hewitt’s winner for Aberdeen. 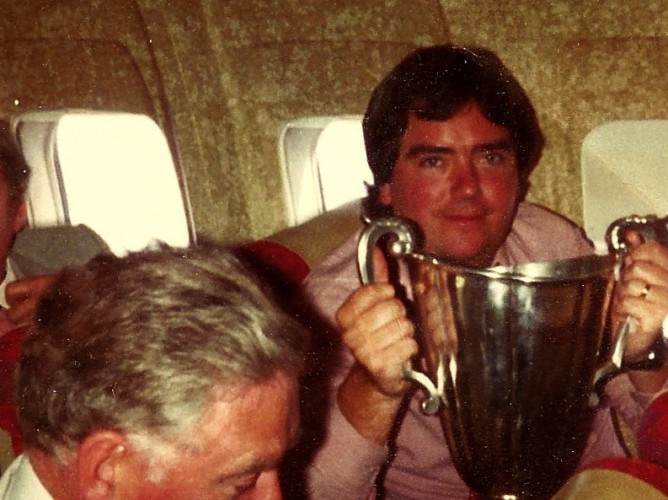