Dixie Deans signed for Celtic from Motherwell in 1971. In October 1974 Celtic and Hibs were the two strongest sides in the league. They met at Hampden that month in an eagerly-awaited League Cup final. Jock Stein’s league champions Celtic against Eddie Turnbull’s Easter Road aces.

The match finished 6-3 – Dixie Deans had the Indian sign over Hibs, and had scored a hat-trick against them in the 1972 Scottish Cup final, a 6-1 win.

Dixie had just scored his first, and the Celtic End reverberated to ‘Oh, Dixie, Dixie’ to the tune of ‘Son of my Father’ by Chicory Tip.

‘Jinky ‘Jimmy Johnstone ran down the right wing, attacking the Celtic End at Hampden, dribbled past the Hibs full-back (Schaedler I think) and shanked his shot into the box. Dixie threw himself at the ball near the penalty spot and it cannoned high into the net off his head.

Jinky and Dixie embraced warmly, both laughing about the freakish nature of the goal.

It made a real impression on me that Dixie had scored at exactly the same time the Celtic End fans were singing his name!

The crowd were in uproar. Hibs had a very, very good side then, with Pat Stanton, Alex Cropley and Joe Harper. Incredibly Harper also scored a hat-trick that day – one of his goals a spectacular overhead bicycle kick which he lashed past Ally Hunter into the net.

I remember the smell of cigars in the old main stand at Hampden, and the sight of Billy McNeill collecting the Cup for Celtic – happy, happy days! 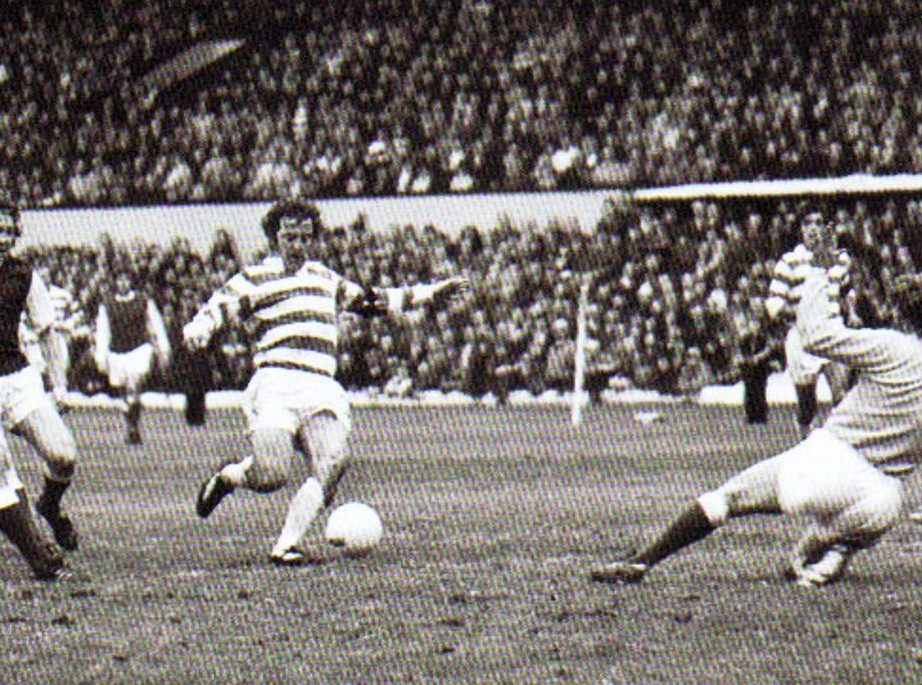