My favourite footballing memory of all time has to be the ‘eight-in-a-row Gazza show’.

Rangers went 1-0 down to Aberdeen after Brian Irvine scored. It looked as though the Ibrox men may have to wait to see if they could seal the title on the final day of the season.

Until Gazza produced some magic!

I remember his first goal the most as I still don’t understand how he managed to flick the ball up, round and past the keeper from a few yards out, after he taken it past two defenders.

His next goal was arguably even better. A lung-bursting run from his own half, beating three or four players, before again easily beating the keeper and putting the Gers back on track for eight-in-a-row.

He completed his hat-trick after Jukebox Durie won what has to be said a ‘soft’ penalty. After wrestling the ball from Coisty he slotted the ball into the back of the net and Rangers were Champions again! 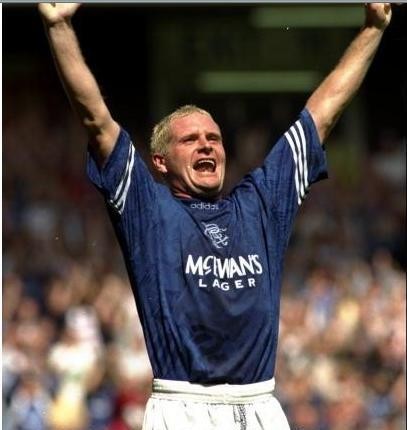