Few Celtic fans recall the opening weeks of 2000 with any fondness. It’s a period in the club’s history that has become infamous; memorable only for Super Caley going ballistic and John Barnes being shown the door. But that’s not how I remember it.

I was 19 at the time, a full-time student working shifts in a pizza shop, but I was also taking my first tentative steps in sports journalism by covering Celtic youth team matches for the club magazine. The work was unpaid, but I loved it, and had no expectations beyond reporting on these fellow teenagers for the remainder of the season. I was utterly unprepared, therefore, when the call came – on Christmas Eve no less – asking me to cover the first team’s winter break in Portugal.

Yet I would become used to incredulity. Soon, I was in the Algarve, staying in the team hotel, travelling on the team bus, even enjoying nights out with the players. Every minute was surreal. And spirits were high: Barnes had just been named manager of the month, a recovering Henrik Larsson had flown out, and so too had the club’s new Brazilian international.

Yes, Rafael Scheidt had joined me in the newcomer stakes, and I had the dubious honour – along with a dozen or so others – of witnessing his debut. Celtic won, beating Fortuna Dusseldorf 3-0, but the victory would be Barnes’ last. Within weeks, he was gone, denounced as the worst manager in the club’s history. Not by me though. I was, and remain, forever in his debt.

After all, while in Portugal, in one of his final matches in charge, Barnes named a team. I was in it. Up front. Alongside Kenny Dalglish.

Sure, it was only a game between the coaching staff and the travelling press, but what did that matter? I’d impressed, Barnes explained, in an earlier kick-about that he, Eric Black and Dalglish had been watching. With hindsight, I should have worried then and there, even before seeing Rafael, about the Celtic management’s eye for talent. Not that I queried the decision. When you’ve just been picked in a team of multiple European champions and given the honour of partnering Scotland’s greatest ever footballer, you don’t ask questions.

If merely taking part was the pinnacle, I would have been thrilled. It wasn’t. With my first touch, I crossed for Dalglish to head in the opener and received a thumbs-up from the goalscorer. I even went on to score a couple of my own and, as if to complete the fairy tale, was erroneously credited with a hat-trick in one of the following day’s newspapers.

I’ve remained fortunate in the years since, following Celtic throughout Europe, all the way to Seville, and going on to work for FIFA, taking my seat at two World Cup finals. But it’s thinking back to that afternoon in Portugal, in the company of a king, that makes me appreciate just how privileged I have been. 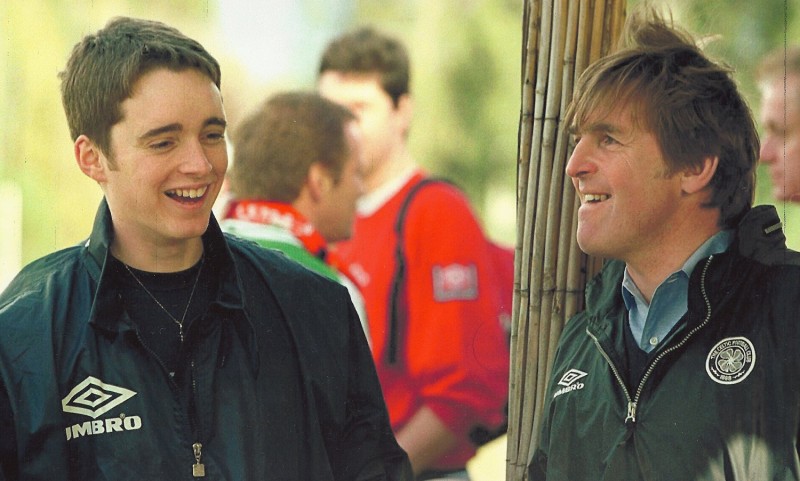