In October of 2008, my colleague, Tam McKinley, and I completed production on the biggest single piece of work we’ve ever undertaken, and probably will ever undertake – the four-DVD ‘Official History of Celtic’.

The 400-minute story of the club, from its humble beginnings until the 2007/08 championship win, comprised match footage from various archives from across the world, as far back as the 1920s.

As well as that there were 101 original interviews with 99 people who have played a significant part, either on or off the field, in Celtic’s History.

One of the two people who were interviewed twice was Billy McNeill – the club’s greatest ever captain and the first man from these islands to hold aloft the European Cup.

The first interview conformed with the majority of the film, in as much as it was shot at Celtic Park in a studio. The second, however, is arguably my greatest moment in 17 years at the club.

Tam and I, along with Celtic director and ‘History’ presenter, Brian Wilson, took the man they call Cesar back to the Estadio Nacional in Lisbon to relive the day that changed his life and cemented Celtic’s place in history forever.

Some 40 years after that fateful May day in 1967, we returned to that place where history was made. It looked eerily different from the famous television pictures yet, in many ways, it hadn’t changed. The terracing looked untouched, the grass looked good enough to host another final and the Portuguese sunshine and the warmth of the locals all added to the occasion.

My plan was to start with Billy in the dressing room and have him retell Jock Stein’s pre-match team talk, which he did impeccably in one take. Similarly, he took us to the foot of the tunnel and recalled the tale of how Bertie Auld had burst into the ‘Celtic Song’ as the Glasgow side, the famous Lisbon Lions as they would become, lined up alongside the immaculate giants of Inter Milan and the team who were stick-on favourites to win the trophy.

Billy walked us on to the pitch and kicked every ball in what was a frantic game of football where Celtic had fallen behind through an early penalty.

From there he told the story of how he and assistant manager, Sean Fallon, had to go alone to collect the ‘cup with the big ears’, as fellow Lion John Clark calls it, such was the mayhem on the pitch at the final whistle.

Together we walked up the 100 or so stairs to where the cup was lifted and through Billy’s description I felt as if I was seeing it for the second time, not the first, despite the fact I wasn’t born until 15 days after Celtic’s greatest achievement.

There is one thing that stands out from those two days with Billy in Portugal; one thing above everything else. I asked him what he was thinking. He told me: “It seems like yesterday, yet I wish it was tomorrow…” 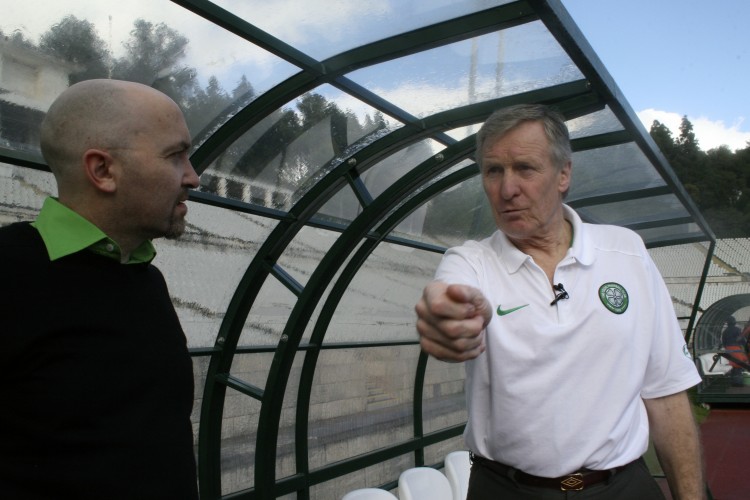