I moved down to London in December 1990 to work in a Central London Hotel as a barman with big plans of furthering my acting career soon afterwards. But being away from home was more difficult than I had expected and by March ’91, I was desperate to get back, but my pride stubbornly refused to let me give in.

Celtic were due to play Rangers twice in March; first in the Scottish Cup quarter final at Celtic Park, then again a week later in the league, again at Celtic Park. I decided a wee visit home round about then was just what I needed and I debated about which game to go up for.

We weren’t playing well so far that season and Rangers were running away with the league, so I plumped for the Cup game. I was working in a hotel in Russell Square and as the bar closed at 11pm, I would only have a few minutes to get out and run up the road to Euston Station for the overnight train to Glasgow. Luck was against me and I missed the train, but I wouldn’t let it be an omen so I hopped on the tube to Victoria and managed to catch the overnight bus – anyone who’s ever done that journey knows what a nightmare it is and that night was no different! I arrived in Glasgow Buchanan St., bleary-eyed from lack of sleep, at 7.30am, and sat in a cafe with a cup of tea and roll and sausage, before the long walk down to Paradise to wait for the buses to arrive and see if I could get a ticket.

My luck changed and I got a ticket straight away off the first bus that arrived – I paid face value for it of course The game was amazing: 2-0 up and a man down at half-time, then Rangers completely lost the plot and got three sent off in the second half. That was the first time I remember singing Ha Ha to the tune of The Billy Boys. I went back to my parents house after the game for a feed then got back on the overnight bus to London.

So confident was I that we would win again the next week that I promptly made the exact same journey (minus the missed train): up on the overnight bus, straight into the cafe, all the way down to the bus park, ticket acquired without any hassle, another Celtic win, another Rangers player sent off, waving little red cards and singing Ha Ha non-stop, then another feed from my mum, before the long journey back to London.

That helped me realise I wasn’t really that far away at all and so I managed to tough it out in the big smoke for 14 years… till I moved to Japan… now that really IS far away! 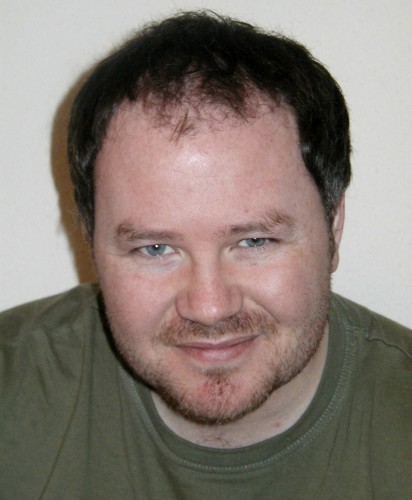