Not my favourite memory but one that my head won’t forget!

One of the first Celtic games I saw was at Tannadice against Dundee Utd (brought up in north-east Perthshire so Dundee was the closest city). United played the ball down the right hand touchline (playing towards the old stand) and I was standing (all 4ft 4in of me at 11 years old) on the “sunken” terraces with only my head and shoulders above the level of the pitch.

Andy Lynch, Celtic left-back, came flying in to intercept the United winger, and blasted the ball out of play … the ball hit me square between the eyes, knocked me six foot back intop the crowd and put me flat on my back, OUT COLD. I came to a couple of seconds later to see all these adults and a concerned Andy Lynch making sure I was OK!

Shook it off, went back to my spot and now 35 years later have a great wee story to tell my football-mad daughters who have yet to see the mighty Hoops play (I now live in Auckland New Zealand). 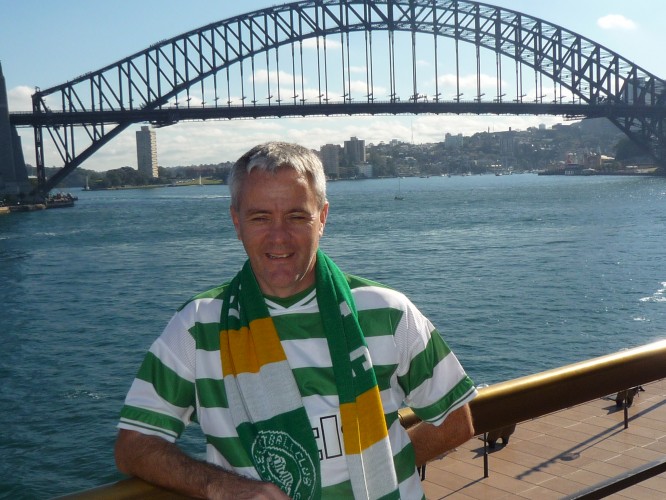 Down under
Posted in: Celtic
Associated Tags: Andy Lynch, Tannadice