This is an abridged version of a much longer piece and while, ostensibly, it is about the great Jimmy Johnstone it is actually about his formidable wife, Agnes. It’s not a football story. It’s a love story.

Suddenly, you are listening very intently, wiping another tear of laughter from your cheek. Another story, another hymn full of rhetoric and mischief rescuing the dead from memory. “Not long ago, Jimmy went up the park for a run,” recalls Agnes, in her full-throated North Lanarkshire burr, “and he said to me, ‘Come up the park with me’, and I said, ‘Away you go’.

The next thing he went up, even though he had motor neurone disease, and ran about. When he returned I gave him a shower and got him dressed and he said, ‘Aggie, I’ve left ma false teeth up in the park’. He told me he’d left them at the corner flag and I didn’t know what a corner flag was because I didn’t follow football.”

Jimmy had spat them out because they were interfering with his running. So Agnes went looking for them, asking a couple of young boys if there were any teeth lying about. Eventually, one wee boy comes over with the missing object, flecked in mud and the odd blade of grass, and a relieved Agnes had to apologise because she didn’t have a penny to pay them for finding the teeth of one of Scottish football’s greatest players.

“So I got back to the house and told Jimmy they wee boys were nearly boakin’ over his teeth. He was just sniggering, all gumsy. He washed them down and put them back in. Johnstone, he was a right wee bugger.”

Between her laughter – like the sound of a trombone factory exploding – and reminiscences, Agnes thrusts a bacon roll in front of me while I sit in her neat family house in Uddingston. Bacon rolls, tea and a big plate of biscuits. “Just call me Aggie,” she says. “Everybody does. He just used to call me ‘big yin’ as I was twice the size of him. I just called him ‘Johnstone’.” She laughs, but behind that laughter you sense her loss.

James Connolly Johnstone died on March 13, 2006, and Agnes counts the months out loud. Does she miss him? She pauses, then goes straight to the heart, like a surgeon. “Wee bugger. I miss the fightin’!” And then she’s off again, laughing hard from her stomach. 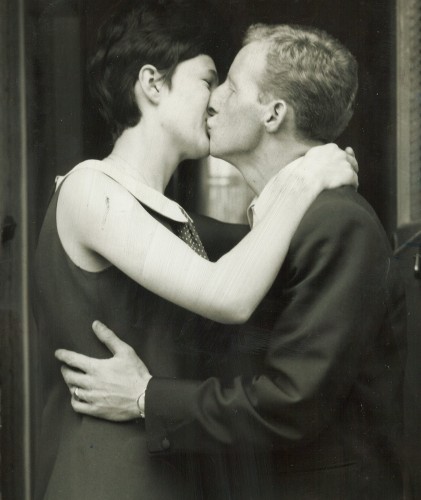