The door burst open with the ferocity of a burst of machine-gun fire, the figure framed in the entrance to the dressing-room could have doubled as an FBI agent in a Hollywood gangster movie of the thirties.

But instead of James Cagney it was a man whose mannerisms in so many ways were a carbon copy of the legendary film star. The changing room hubbub suddenly stilled as Bill Shankly advanced towards Jock Stein and in that unique rasping voice boomed: “John, you’re immortal”. Typically, he never referred to Stein as ‘Jock’, but always by the name his family used for him.

It was a unique tribute from the manger of Liverpool to the Celtic boss in the wake of the Parkhead side’s triumph when they became the first British side, and non-Latin team, to lift the European Cup after their 2-1 victory against the might of Inter Milan and for me still the fixture that is still my personal highlight from more than half a century’s football reporting.

Shankly was the only manager from outside Scotland who made the journey to Portugal to watch Celtic out-master the Italian masters that Thursday in May 1967 in Lisbon. His reward was to make sure he was more than a footnote to that incredible occasion.

He shrewdly highlighted before the game the similarities in attitude between Stein and the Inter coach Helenio Herrera: “They both hate losing. After we beat Inter at Anfield in 1965 Herrera wouldn’t speak to me and when we defeated Celtic in the Cup-Winners Cup semi-final Stein was raging as he left the pitch.”

The whole scenario I witnessed is a lost age of football. The dressing-rooms in the antiquated Nacional Stadium in Lisbon were cottages at one end of the ground, the security leaked like a sieve so that journalists like myself could gain entry without much trouble.

No chance today of any reporter getting anywhere near as close to the after-match action, or the press party being housed in the same hotel as the team – the old-fashioned charm of the Palacio in the resort of Estoril. Sadly, in the increasingly bitter Old Firm rivalry, little chance either of a repeat of the tribute Rangers manager Scot Symon paid to his city opponents.

The respected Symon told the Italian sports journal Tuttosport that he forecast a 3-1 win for the Parkhead side and stated: “I will be a Celtic fan on Thursday. Celtic are a thousand times stronger, both in defence and attack, than Inter.”

Sadly, too, no chance of a future Scottish club side emulating Celtic and lifting again the European Cup, the finances of football have scuppered that. ‘Never say never’ is an excellent maxim for any aspiring journalist to follow – like my one-time rivals, I still bear the scars of not believing that Maurice Johnston would ever sign for Rangers.

However, only recently Graeme Souness, talking about Jock Stein’s part in the Celtic victory in Lisbon, assured me no Scottish team would ever again capture the top club trophy. Who am I to argue with him? 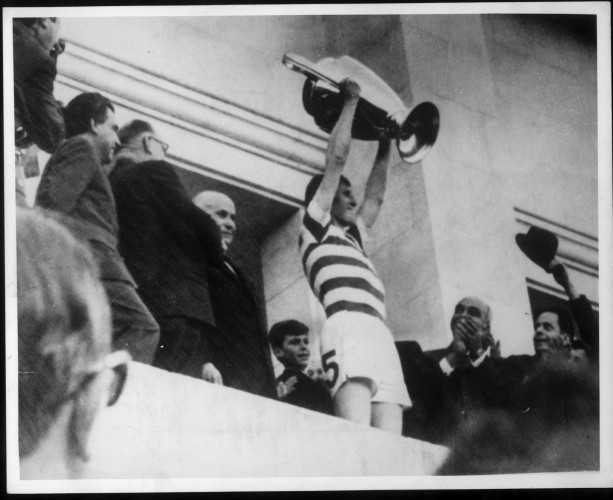