Willie Mills is the greatest Dons player I never saw. The history books record him as one of the finest from Aberdeen FC’s first 100 years.

So I’m ashamed to confess I never really gave the man much thought until a cold rainy night in 1978, when I went to Aberdeen’s Capitol Cinema for the gala launch of the book “The Dons” by Jack Webster, the North-east’s greatest living author.

Like hundreds of other Dons fans in the audience that night, I was happy to get my hands on copies of Jack’s book because it was the first real record of the club’s history.

As I devoured the words on the pages, I was particularly taken by tales of the partnership between Mills and Matt Armstrong, which helped Aberdeen terrorise defences in the 1930s.

I didn’t know it then, but Mills would flit in and out of my life until his own ended in 1990.

Mills, born in Bonhill, Dunbartonshire in 1915, played his last game for Aberdeen in 1938. His record of 114 goals in 210 appearances would make impressive reading in any era.

As Webster put it in his book, he was the symbol of sporting glamour in the 1930s. Slicked hair and dashing good looks made Mills the Pittodrie pin-up boy of his day. But he matched those looks with a skill that once prompted Aberdeen manager Paddy Travers to say: “Just give me five minutes of the real Mills and I’m satisfied.”

Mills had retired from work, never mind playing football, by the time I was wallowing in Webster’s words about his exploits alongside Armstrong as they helped Aberdeen – then still the Black and Golds – become established as a force in Scottish football.

Mills chose to stay in the North-east and became a machine operator while continuing to play and coach with Highland League clubs Lossiemouth, Huntly and Fraserburgh.

And I can still remember the sense of excitement I felt when I found myself working as a postman in the 1980s and about to deliver mail addressed to a “Mr. W. Mills” in a house just off Aberdeen’s Urquhart Road.

The first glimpse of the occupant at his door was enough to confirm it was indeed the great man. The legs that once helped Mills speed through defences were no longer as sprightly, he used a stick to get about, but even approaching his 70th birthday there was just something about the man that made you know he was no ordinary pensioner.

The postman and Mr Mills never built up a strong relationship, although he was always polite and happy to exchange the usual pleasantries. Our paths were to cross again in 1990, by which time I was working as a nursing auxiliary on the night shift at Aberdeen’s Woodend Hospital.

On arrival at work one evening, I discovered Mills had been admitted. By now a widower, failing health was making it difficult for the once famous footballer to simply get about. Or so we were told!

Mills may well have been a little infirm and slow on his feet during the day. But by night I would find my duties including having to escort Mills back to bed after he made surprisingly speedy dashes down the ward.

It was all part of the confusion that sometimes hits the elderly when they are admitted to hospital. But old people can often compensate by also suddenly being able to recall events from earlier in their lives like they happened yesterday. Softly-spoken Mills kept his male nurse escort fascinated with stories of playing in front of massive crowds and of the big games his own mind was telling him he had coming up the following weekend.

To some of my colleagues they were the ramblings of a disorientated old man. To me it was like a living history lesson.

I had read about some of the games Mills mentioned, so it was a delight to sit and let the man add colour to the tales lack of space had probably forced Webster to merely touch upon.

Sadly, my time with Mills was all too brief because at the start of May 1990, the Evening Express took me on as a full-time sportswriter.

But fate was to provide a cruel finale.

I was into just my second week when the sports editor handed me a note. It informed me Mills had died at Woodend Hospital at the age of 75 and I was required to provide information about his career for an obituary.

Mills was gone and I regret to this day that I never got the chance to see for myself just how good a footballer he was. 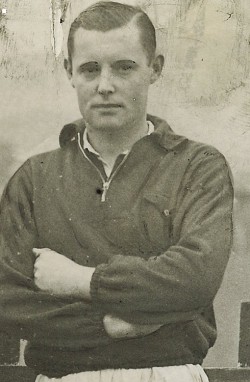