My first major football memory is from France 98. As an eight-year-old, it was my first (and indeed, last) memorable World Cup in which Scotland took part.

I remember rushing home from school for the early kick off, and for some reason my Gran let me take my dinner upstairs to watch the game. I had spaghetti (no idea why that sticks in my head), and witnessed probably my happiest football memory of all time, John Collins puffing out his cheeks, stepping up and sticking a penalty away against Brazil. Glory. 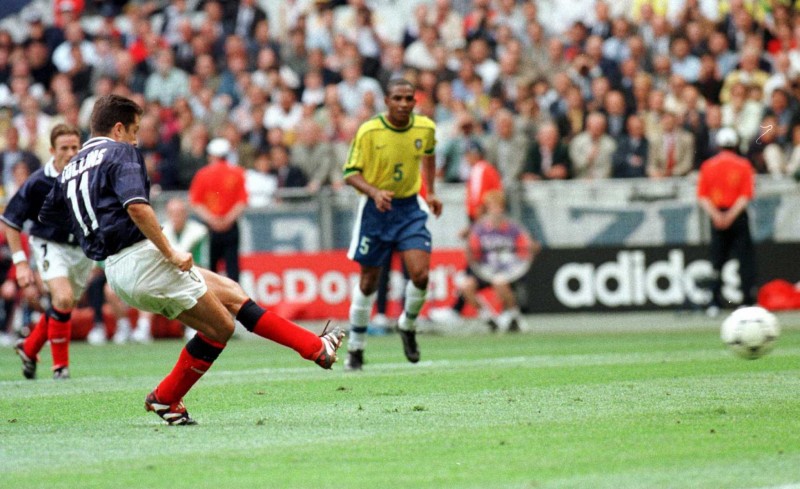